Well 2016 has come and gone. A few dead celebrities in the tail end of the year and everyone and sundry talking about the worst year ever. Guess things like  1347-50 or 1939-45 just don’t stack up. For me it has been a pretty good year. Been surprisingly happy and life has been, for the most part, pretty good.  We had no floods or other rural drama. The biggest thing to hit us was the 7.5 quake back in November, and apart from a busted water pipe and a few things off shelves we were sweet.

Blogwise it has been a very good year. Doubled my page views and almost doubled readers. I have made a bunch of ‘net friends’ through here that I would not have otherwise met or known. They gave me lots of encouragement and I thank you guys for your input.

Started out doing some repairs on the Woolshed and building myself a new work bench. Miraculously, it is still standing and in one piece. If you are surprised at that then that makes two of us.

I spent most of  January drawing deckplans for Traveller and other Scifi games. Had fun with some Reddit competitions run by the Traveller subreddit. I didn’t win but thought my ship was pretty cool nonetheless.

February was a Zulu Wars month with work on Casualty bases and an actual game – the Battle of Van Lunteran’s Farm. 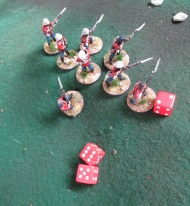 March saw even more Zulu Wars activity as both the Zulus and Imperials got reinforcements. The Imperial forces were reinforced by some converted Perry Plastic ACW cavalry becoming British Volunteer and Auxiliary cavalry.  These were my first plastic conversions of any note.  Also some nice Empress dismounted versions to go with them. 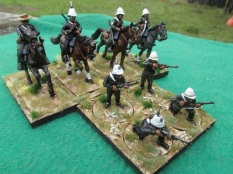 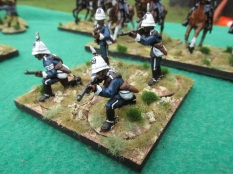 The Impi was bolstered by two new regiments. The uThulwana Regiment in full dress and the Evil Omen – the uMbonambi regiment.  Lastly, the Fly Catchers also made it onto the table. All Black Tree Designs miniatures. Just love painting these guys. I cannot believe I did three regiments in one month. 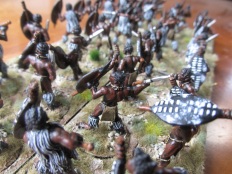 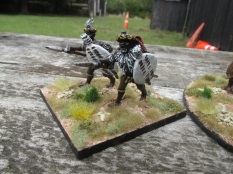 And lastly for March – a decent sized Anglo-Zulu game.  Played with Black Powder Rules and four players new to the rule-set. 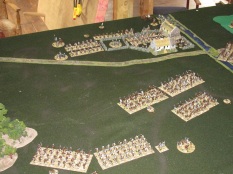 The game ended with the Zulus realising that they would, in all likelihood, not be able to breach the British defence. They retreated off leaving the field in the possession of the British. 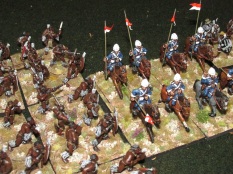 The Zulu take the Lancers in the flank.

I finally finished the fourth and last of the Zulu Regiments that formed the Reserve at Isandlwana and who made the attack on Rorke’s Drift. This Regiment was the uDhloko “Savage” regiment. 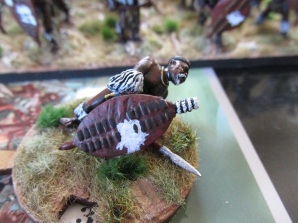 In my last order from Black Tree had one figure broken off at the ankle. Decided to use him as a casualty figure rather than repair him.

Then it was time to get back into Napoleonics. The first Napoleonic unit painted in 2016 was this Portuguese Regiment that I started way back in January 2015. I got the bit between my teeth and cranked out three units in a week. Also done were some Portuguese Artillery (Elite Miniatures of course) and some Cacadores.

May was Peninsular Cavalry Month. A regiment of British Light Dragoons and a Spanish Line Cavalry unit were completed.  Also managed a Spanish Line Battalion – the Cordoba Regiment.

We also managed some non-wargaming related activities. A tramp up our beautiful valley looking at old abandoned homesteads.

Two more Spanish Cavalry Regiments. The Maria Luisa Hussars. I made a cock-up with these by reversing the colours of dolmans and pelisses. By the time I realised I had already done half of them so left it as is. Also a lovely regiment of yellow coated Spanish Dragoons. 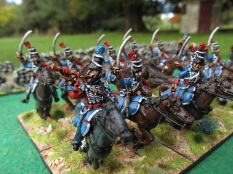 Two more infantry battalions also marched into the storage cabinets. The first was a battalion of Spanish infantry in British uniform. The Colorados were captured in Beunos Aries, imprisoned on hulks in England and finally wiped out at the battle of Medina del Rioseco.  The second battalion was one I was particularly happy with. The 42nd Black Watch. 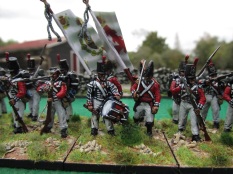 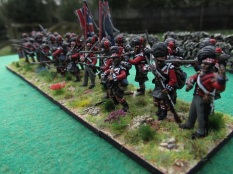 Without a doubt though, the highlight of this month was the reception of my first D&D Miniature. I was really happy how it came out and many people suggested that I should enter it in painting competitions. I did this awesome D&D Invisible Stalker.

Part Two (July to December) tomorrow. I really need to go and do some chores.