I have to say that this year has been the slowest year in ages for me when it came to the painting of miniatures, gaming and modelling.  There have been precious few miniatures posts. Saying that though, 2015 has been a good year for blog views.

It has, however, been a difficult year for me and my family.  My personal Black Dog made a major reappearance and made life difficult for everyone closely associated with me.  Needless to say I have a lot of bridge  mending to do and I am not talking about 28mm scale ones.

It was not a good period for my miniatures either.  I actually had finished painting two battalions of French Old Guard and ended up throwing them in the rubbish in a fit of depression.  My homemade Conflix-like village was also consumed in the fire.  To top it off  I also missed the big Waterloo 200th refight, although I am happy to say that my troops did fight in it.

The psycho was strong in me this year. Anyway, enough of that malarkey. On with the review.

I started 2015 out with a hiss and a roar, painting a Royal Navy Landing Party and their artillery support and also a battalion of Portuguese Infantry. 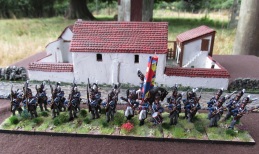 After that things just sort of died off until I got involved with the Anzac Chunuk Bair Diorama.  That was the highlight of my modelling/painting year, without a doubt. I had a great time working with the Perry’s, the guys from Weta and all my wargaming comrades from around New Zealand who were involved.  I get a real kick knowing that I painted some of the cool figures in this most impressive diorama.  It was a privilege to work on it. 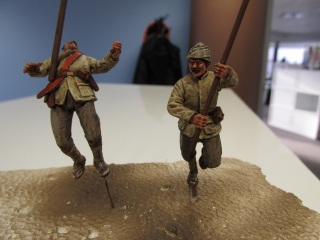 I did spend a lot of time this year on my RPG interests – mapping fantasy cities/buildings and drawing star maps. Of course there were also a lot of star ship deck plans drawn and I have met some great people along the way with whom I have been collaborating with. 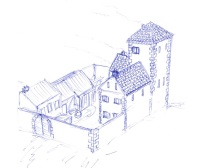 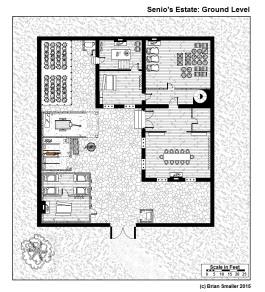 Lately I have been getting back into painting. Started with some old Citadel Vikings and then a boat load of Norse Dwarves – all circa 1980s that I have had in a box for nearly thirty years. 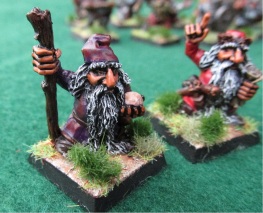 I started making some terrain – just simple stone walls. Got a lot of comments about them – people seemed to like them. 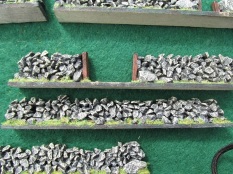 I only had two games this year. One was another Waterloo refight at the annual NapCon Convention. It was somewhat sad as the day before the convention the wargaming community said farewell to Nick Garden who tragically died way too young. I had met him at a few conventions and we got to know each other a bit better sitting next to each other at Weta Workshops when we were painting and retouching miniatures for the Anzac diorama. While I was not one of his mates, he was a gaming comrade and will be missed in the years ahead in New Zealand wargaming circles. 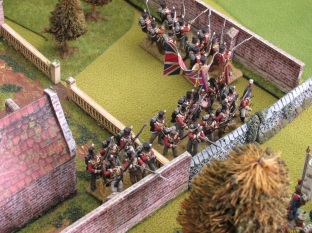 My command for this battle

The other battle was a small Black Powder Peninsular affair played at home with a friend. Here’s hoping for way more gaming this year. 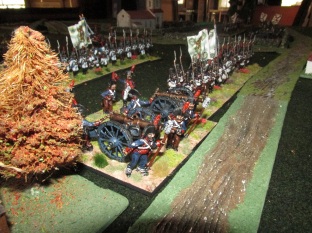 As far as the Woolshed itself goes – well this has been an eventful year. In June we had a pretty good flood. We were cut off from the rest of the world for four days before a digger got through the slips on our road. The river peaked at 12m above normal. Daughter got helicoptered out and back to school which was an adventure for her. We were OK, but some of the neighbouring properties were pretty badly hit.

In January my sister who lives in Australia  brought Dad’s ashes home to be buried as per his wishes alongside comrades in the veteran’s section of the Tauranga Cemetery.  The old bugger had two funerals as it turns out – one in Australia for family there and one here in New Zealand.

Later in the year I also discovered a giant rat’s nest behind some cabinets and decided to rebuild the wall in my Woolshed study. 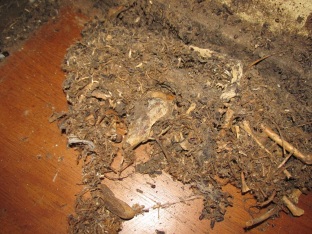 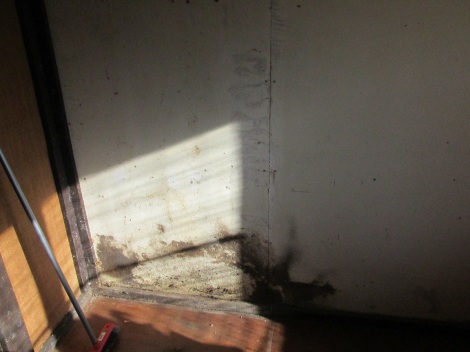 On a really nice note, we had a wedding at the Woolshed. A young couple who transformed the place and had a wonderful day. 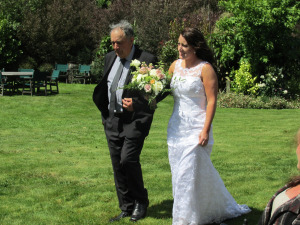 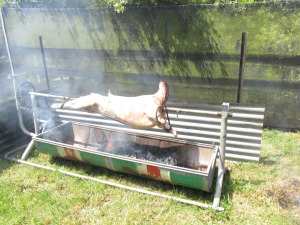 There were more than a few teenage parties in the Woolshed this year. No real problems except for a car taking out twenty metres of fence in my right-of-way.

I did get to do a lot of spring cleaning this year. Got rid of a lot of old crap and rearranged things. The place is much more manageable now. 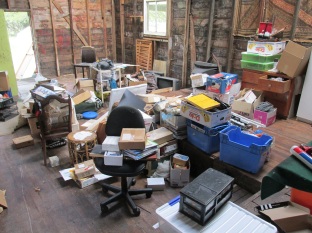 And of course, Mrs Woolshedwargamer kept me supplied with rations while I worked.

One thing about living in the country is that life goes on with a rhythm that goes on whether you want it to or not.  This year I lost a ewe and her lambs. She prolapsed and I tried to cut the lambs out to save them but they only lived 45 minutes.  The good old girl fed us one way or another though. I really should get a butcher’s block instead of using the dining room table.  The dogs seem to like it though. Some pics from our country life.

For an alternative look at our rural idyll, check out Jasper’s Doggy World blog.

Also this year my talented and beautiful daughter completed her first full marathon. She has done a number of half marathons.

That is about it for this year.  Here is hoping for a much better 2016. You have to look forward and keep marching.

Happy New Year to you all and thank you for continuing to read my blog.