I just got the latest battalion finished for my British army. I am not sure the 69th Foot ever fought in the Peninsular campaign, but …well..what they heck. I had a flag for it.

Figures are Victrix Peninsular British 28mm hard plastic. There are a couple of Perry British ‘arms’ in use in there for some variety. There is also a guest appearance by a Front Rank figure. 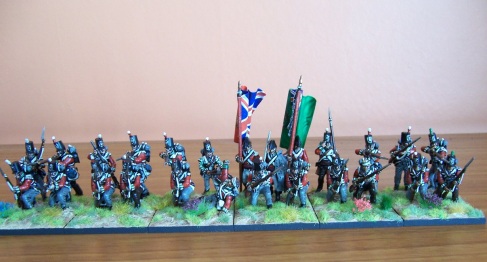 Once again I have used 40x50mm bases – mostly to give the plastic bayonets some protection from fat fingers, wargame terrain and so forth.

I used a French officer’s greatcoat from the Victrix French Napoleonic set to give the senior officer of this battalion something to wear.

I quite liked the kneeling to receive cavalry pose that can be built from the British set so it was good that I recently acquired a lot of boxes of second hand Victrix sprues.

The figure at the back of the next shot loading his musket has received a set of Perry British arms. These two manufacturer’s bits and pieces fit together perfectly. The shakos and packs are sized differently so I wouldn’t mix them in the same unit but using arms, heads and so forth presents no assembly problems.. 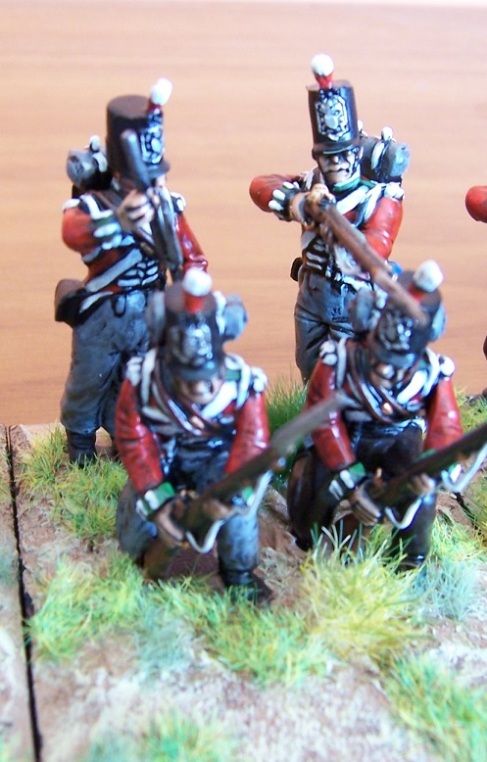 The sergeant does not have molded stripes so they have to be painted on.  The flags are from Victrix – one of the sets that come with the boxes of infantry.

Another view of the standards. 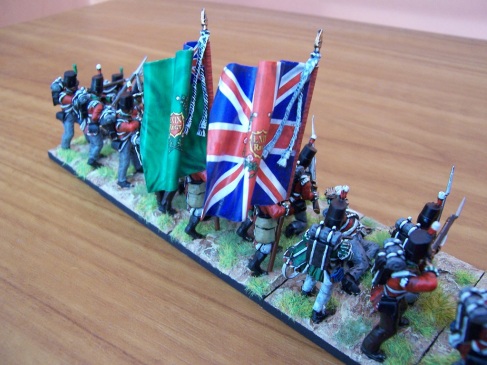