I thought I might get out what I have painted so far. I am quite pleased at how this army is coming together. Not so pleased with how long it is taking me. Mind you, I have done a British Peninsular army, some pirates, fantasy figures and Anglo-Zulu War armies in the middle of it so perhaps I shouldn’t be beating myself up too much.

The bulk of the figures are Elite Miniatures. I get mine from Nathan Vinson at Elite Miniatures Australia. Having a supplier so close and who is such a great guy to deal with is a god-send.  I have been getting good use out of the standard Spanish March Attack figures – they are being used as line infantry, guard units and marine infantry. On the workbench at the moment is one being painted as brown coated militia.

The rest of the figures are Front Rank and some Perry. I have used Perry Carlist War figures for some of my Spanish Militia Battalions. Almost forgot – there is a single battalion of Brigade games Spanish Militia as well. Also a single Eureka figure and some East Ridign Miniatures Monks.

I really like the Spanish Army of the ‘early period’ up to about 1811. The myriad of uniforms and strange little units will keep me busy for some time to come I suspect. 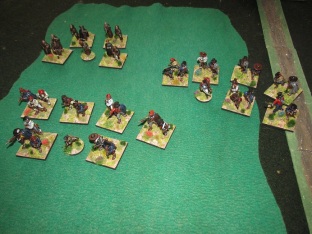 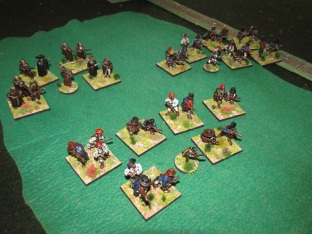 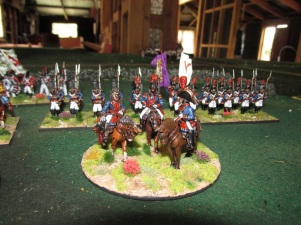 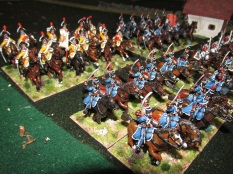