On  July 8th 1947 an alien spacecraft crashed into the desert near Roswell, New Mexico. The military quickly covered up the entire crash and recovery of the alien ship and it’s crew with a flimsy story stating that a Project Mogul weather balloon had come down. Any stories of a ‘flying saucer’ were deemed as ‘fanciful nonsense’. 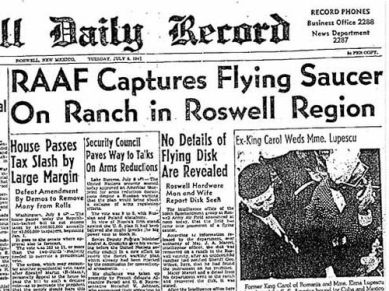 However, we now know the truth. The vessel was a 150dton Vegan Light Merchant. The Vegans at the time were a subject race of the Vilani Imperium, a huge interstellar polity that strictly controlled technology and trade within it’s borders. It is thought that the Vegan vessel was on a routine trade exploration mission when it mis-jumped into the Sol System and fell into a decaying orbit around Earth. Despite the attempts of the crew to repair damage to the drives, the ship ended up falling into the atmosphere and crashing.

Two of the Vegan crew were killed in the crash and despite the attempts of military doctors to keep the third crew-being alive, he died a week after the crash. 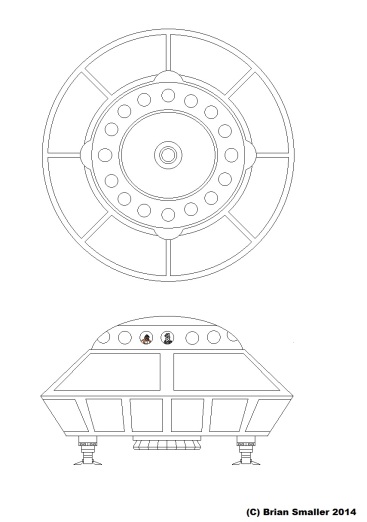 3 thoughts on “The Truth behind the Roswell Saucer”