Last night the Woolshed was besieged by somewhere between 40 and 60 teens for my daughter’s birthday party. It took a real hammering. All my gaming stuff, wall ornaments, pictures, swords, bat’leths, steel helmets and so forth were moved into the office and bedroom along the right hand wall and I put a couple of bolts and locks on those doors.

One thing about living a long way from town is that once people were dropped off there was no where else to go – they were stuck here. On the other hand, the chances of gatecrashers out this far from town was almost nil. All in all, the Woolshed was a safe environment for these kids to let their hair down.

There were about 40 girls who slept over at the house and a dozen boys who ended up asleep in the woolshed amongst the wreckage. It was the first party for her ‘year group’ at school and seemed to be a success, depending how you measure it. I would suggest to all fellow gamers with teens who are contemplating a big party to reconsider:)

Bleary eyed kids the morning after. 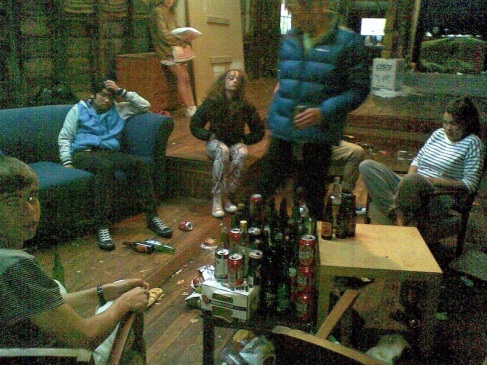 More floor pie than a dog could eat – and believe me – the dog tried his hardest. 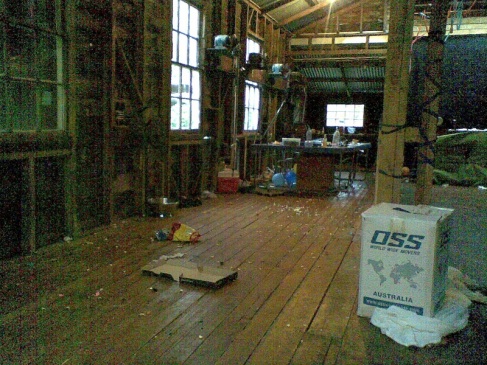 Dead Soldiers. Despite what it looked like there was not a lot of alcohol consumed. A few over did it but everyone was right in the morning.

After a good breakfast they were all a lot chipper. I made them do the bulk of the clean-up before dishing up breakfast. Apart from cereals and left over sausage rolls and pizza from the night before, there was a big bowl of fried potatoes, scrambled eggs and two kilos of bacon. 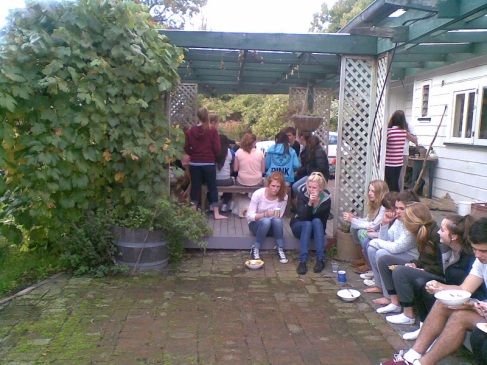