I have always loved the saccharine sweet Lili Marlene in almost any language I have heard it sung. I have copies in German, Hungarian, Russian, French, Italian, Spanish and of course, English. The song was parodied during the war by Allied servicemen in Italy who took exception to a supposed comment by Lady Astor that those serving in the Italian campaign were ‘D-Day Dodgers’ – having an easy time away from the real fighting in France. The bitterness in the lyrics is still there after all this time.  My father served in Italy and he loves this song. When I hear it I picture the young man he was then.

I think that it is highly unlikely she ever said it and she herself denied it and there is no documentary proof of such an utterance.  However, the supposed slight was the genesis of a great ballad. One that my Dad want’s played at his funeral. There are versions galore of this song, so I present to you two different interpretations.

and a version that is probably more like what the lads sung. 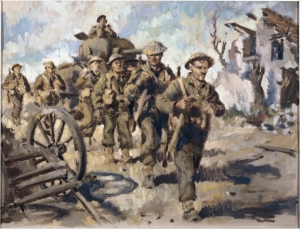