The last of the cavalry that I got last year from Nathan Vinson of Elite Miniatures Australia. This time a regiment of British Dragoons in the old uniform. I really liked these guys in their bicornes. They have brass chin-scales to keep them on in the charge but these guys have theirs tied up, so I imagine two seconds after these photos the hats would be all over the field of battle.  There were a couple of models with broken swords so I removed them and inserted a piece of wire.

My next painting binge will be on the rest of the Spanish and English cavalry that Nathan has just posted – Two regiments of Spanish Line cavalry/Dragoons (not sure what I will do them as yet), a regiment of Spanish Hussars and one of British Hussars. 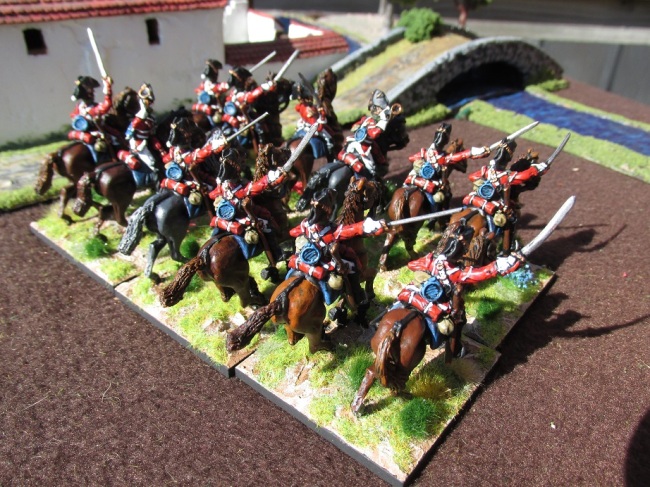 Once again Nathan gave me a baker’s dozen of figures. I had an extra casting. Waste not, want not – he is now based as an individual figure for use as a Colonel, or for skirmish gaming.