I originally got these Old Glory British Marines for use in my War of 1812 project that I started back in about 2004. The set of thirty figures has two officers, two drummers and twenty-six Marines in six other poses, with a number of head variants.

For Black Powder I can break up the battalion and use them for Small or Tiny units, or keep them together as a full battalion.

These miniatures are a bit smaller than the Perthshire Volunteers that I painted as the fictional “Loamshires” a few weeks ago. Not massively so, but it was noticeable. Maybe it was just that their hats weren’t quite as tall. 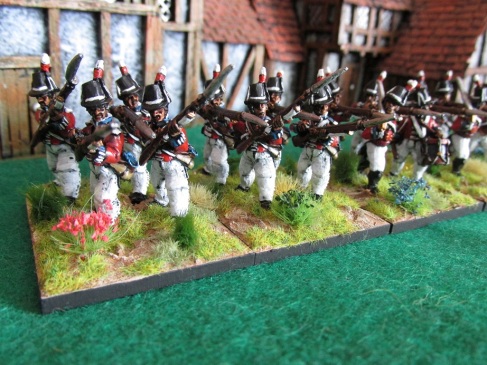 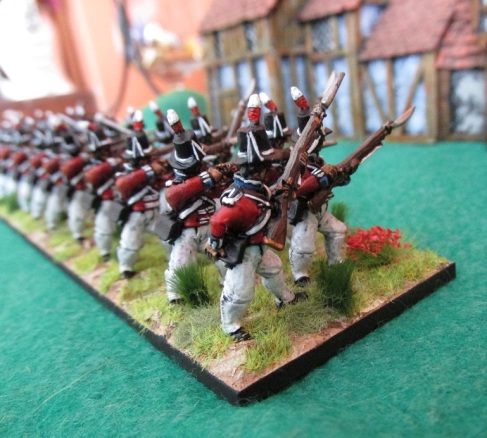 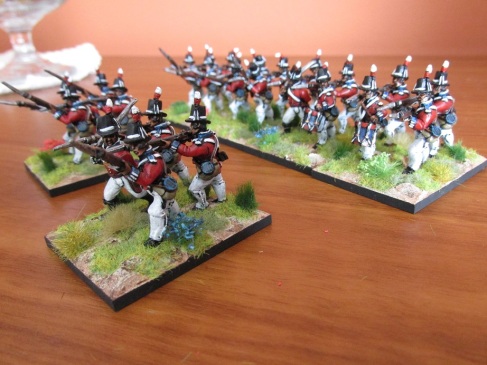 And a final word to my muse who hasn’t complained about my models and paints being all over the place for large chunks of the past year – Thank You. I do love you.