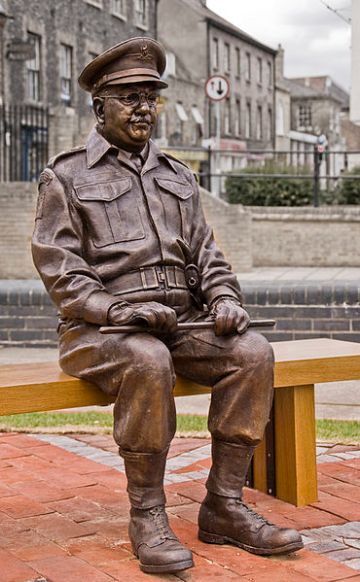 As a kid I loved the BBC series “Dad’s Army”.  As an adult I still love it. My kids used to watch it on video at their Grandfather’s place when we stayed with him. When my boy was in Y8 (12 and 13 year old boys) his class even did a skit based on Dad’s Army for their school production “Heroes” and he played Godfrey bringing in a pot of tea. Great memories.

This video is the classic series beginning that most will remember. I was entranced by the graphics, simple as they were, when I was a boy in 1968 or 69 when I first saw the show.

This video is from the Pilot, and until today I had never actually seen it.

Finally, the last vid is a slightly extended song with a few more lyrics. Great graphics showing the evolution of the Walmington-on-Sea’s Home Guard from knives taped to broom handles through to fully equipped Home Guard infantrymen.

As usual – I try to find some military miniatures that could be useful to anyone wanting to make a Home Guard force. All I could find were these by Foundry.

For those of you who have never seen the series I urge you to get online and watch. It is classic British humour.

6 thoughts on “Monday Music: Who do you think you are kidding Mr. Hitler.”