Just a note to show what I am planning on painting this week.

First off the old Marauder Giant from 1990. Since this was taken he has been disassembled, paint stripped, epoxied back together and undercoated. I got this guy in my job lot of second hand Orcs back in about 2004-ish. 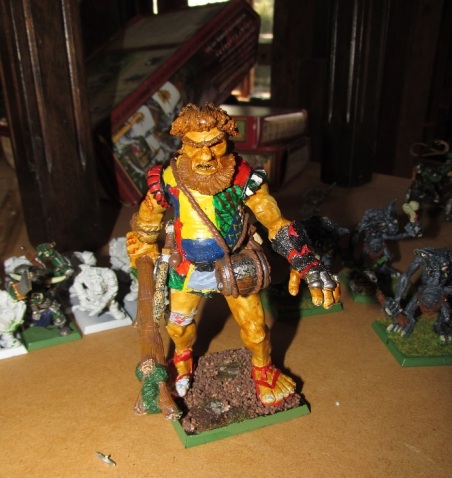 Next is a Papo toy Orc Warrior re-purposed as an Orc Giant, or is that a Giant Orc – not sure which. I saw a couple of versions of this model online and was really impressed with how he came out. He was also about $NZ12.00 which is a cheap Giant by any measure. He was carrying a staff in his left hand. The other versions I saw of him converted this staff to another giant stone axe. I decided to give him an Orc standard instead. A few other Orcy bits have been glued on as well as a couple of shield as vambraces. He is mounted on a 50×50 base and is now undercoated as well and first dabs of paint are going on him today. 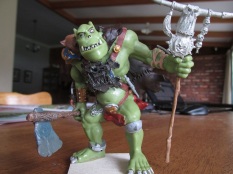