Then he blew us right back to Australia

(from the song “The Band Played Waltzing Matilda”)

Here are the finished batch of Turkish infantry. The last time I painted any miniature this scale was back when I was a kid and painting 1/32nd WWII Airfix plastics using Humbrol enamels. I was quite daunted by them at first but listened to the sage advice at the top of the painting guides we were furnished with – “Don’t Panic”

My first twenty Turks were in four poses.  Four figures in a crouched charging pose. 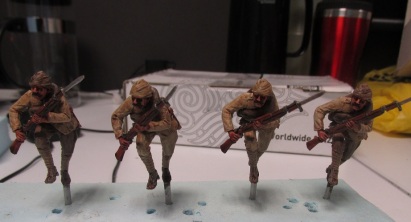 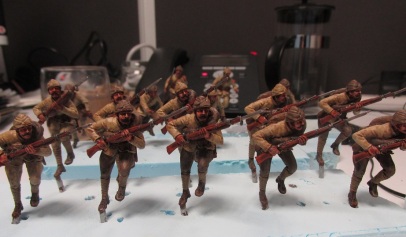 Four figures clambering up a hill or out of a trench.

Two figures running with rifles in their right hands. 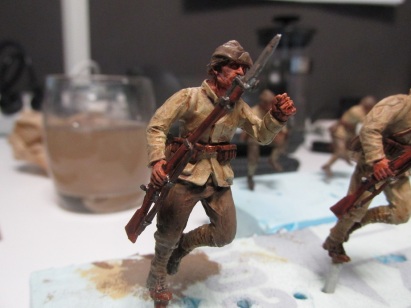 First batch completed. Second batch will be done this week. All undercoated and ready to go. 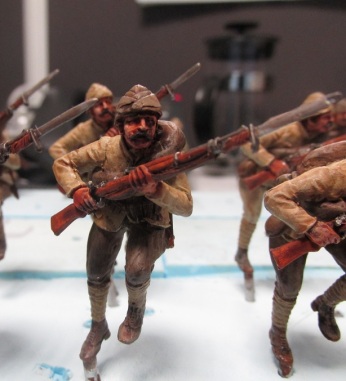 7 thoughts on “Johnny Turk he was ready, he primed himself well…”