I am working towards modelling a scaled down Crauford’s Light Division for my Peninsular War project. So far I have the 52nd and 43rd Light Infantry regiments and now two battalions of Rifles. One is the 60th but I am not too worried about that.  Two Portuguese Cacadore battalions are sitting in boxes on the shelf waiting to join them.

On to the models I have finished.  I have had these guys for about six months and knocked them out this past week. These models are all (with the exception of one Perry plastic rifleman to round the unit out to 24 models – I used on officer on a command base a while ago) are by Offensive Miniatures from their Follow the Drum Napoleonic Line.  Offensive Miniatures are on the smaller side of 28mm scale but not so much as you will notice on the table top. Alongside some fat Front Rank riflemen they may look a little starved, but then again, who wouldn’t?  I made the unit a full 24 figures so I can use them as a single battalion or broken up into companies for Black Powder and or Sharpe Practice games.  Next on the painting table is a battery of British Foot Artillery (Elite Miniatures). 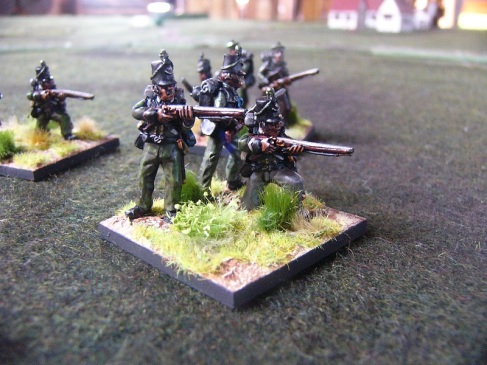 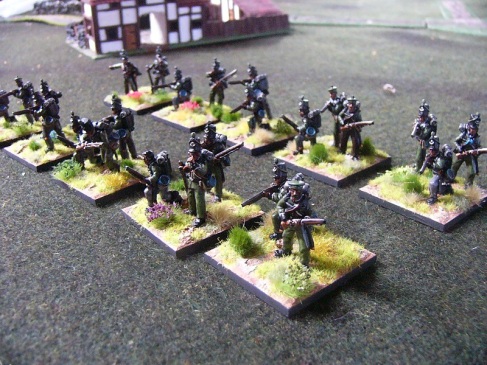 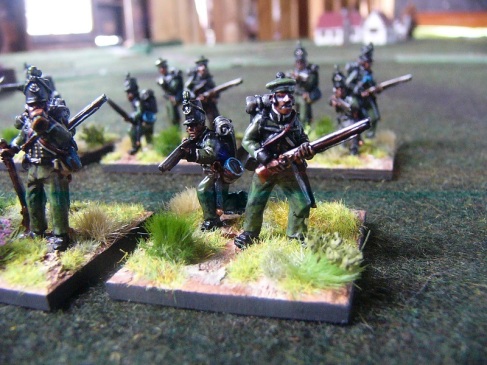