As my Peninsular War Anglo-Portuguese-Spanish armies slowly muster their forces, I thought it prudent to provide them with some command.  Here are a few shots of the first bases.

First off, General Picton (Perry Miniatures) gets information from an officer of the 95th (Offensive Miniatures).

Picton is joined by Wellington and Uxbridge (well he came with the Perry set) and some Spanish officers. 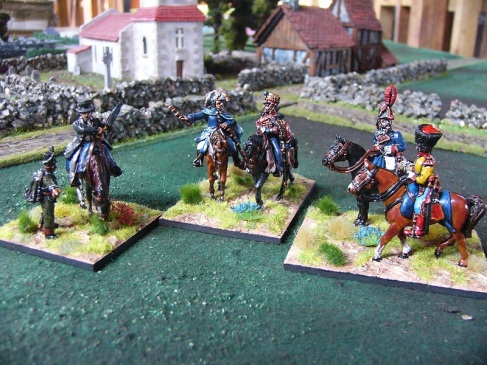 Another view of the Spanish brigade commander and his ADC (Front Rank Miniatures).

The Spanish C-in-C with his senior officers in attendance (More Front Rank Miniatures). 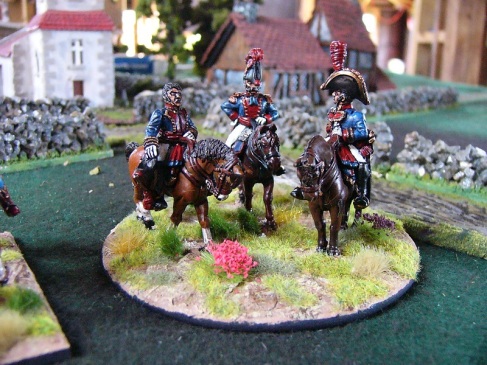 Another shot of the Spanish command bases for my army so far. 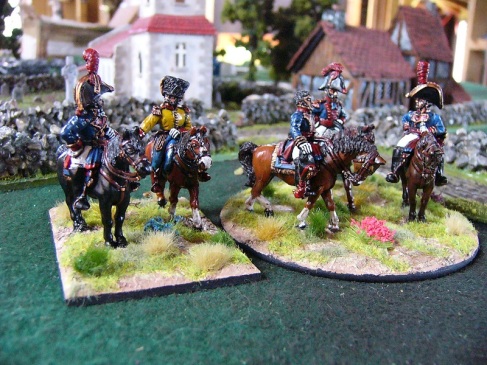